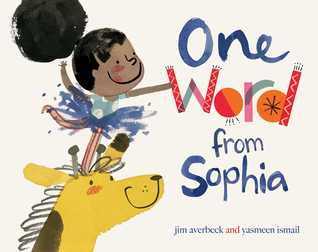 At Choreography by Rae, we read books to kids ages 4-6 five days a week during Storytime Adventures.

I learned of this book courtesy of A Might Girl while searching for a few extra books to round out Black History Month. Our kiddos loved this fun read, but warning it’s jam packed with lessons that can be overlooked. We’re actually eager to read this one a second time this semester.  The kids loved helping me identify an appropriate household pet. They also loved talking about what they saw in the pictures. In fact, when I tried to save time but not asking about a picture, one 4 year old said, “Ms. Rae you didn’t ask what we saw on the last page. I want to tell you about the picture I liked.” Surely, I couldn’t deny such a request.

If you’re thinking of adding this book to your collection, then go for it. Below are some tips on why you should read this book to your curious kiddos, and you’ll find information what this book is not about. Sometimes grown ups get wrapped up their own ideas and can miss some awesome messages.

1) Be curious about Big Words.

My first thought was… “Big words?! These kids won’t understand these words” and I did read a negative review stating that point. What the reviewer seemed to miss was that reading stories is how we introduce young readers to vocabulary. The big words in this book are all given a definition and our main character often asks “what does that mean?” This is a wonderful way to spark curiosity and conversation with your kids. The character Sophia is just like them, she has no idea what those fancy words mean, but she’s asking. Also the grown ups answer her question. They don’t tell her to be quite or anything dismissive. Emoji’s and texting abbreviations are great but I’m also watching first hand a generation that has poor spelling, communication, and vocabulary skills ( I work with older kids and teens as well). There’s also a misconception that people of color wouldn’t understand big words. So thanks Jim Averbeck for giving this smart character some big words to be curious about.

3) Understanding what is reasonable and realistic.

Sophia asked for something ridiculous. Our kids had a great time identifying what makes a good household pet and what doesn’t.

4) Positive role models. This book features a family of color. Everyone has an important job and everyone deals with important decision-making daily. Grand-mama doesn’t have a job but she’s no pushover. The fact that Sophia has adjusted her argument to her audience also introduces for young readers the concept of knowing your audience. Recognizing that we don’t always asks people for the same thing in the same way.

The story wraps up with “short and sweet” can get you what you want, and this is true. We point out that Sophia gets her requests not because she threw a tantrum, not because she cried, not because she wanted it, but because she thought carefully about why she wanted something and asked in a nice way. Sometimes kids can go on and on, just excited to have a listener or even feeling like they have to provide an explanation to justify what they want. I work with adults in their teens who often give long explanations for simple yes or no questions. This is a very important lesson for young women. Women historically have had to work harder to get what they want. Sophia does a lot of work to address any argument that might not be in favor of saying yes to her request. Ask for what you want, be prepared to say why once you know if more information is needed.

Misconceptions About The Book

1 ) This books send the message that “Sophia should talk less.”

Nope. This character is smart and each person she presents her argument to recognizes this. They even compliment Sophia on her presentation. The also speak to her in an intelligent way. No one belittles Sophia. A friend of mine used to say think say there’s being smart, and there’s thinking smart. Sophia is smart and shows it. She’s thinking smart by changing her argument for her audience. She finally realizes that her family loves her and didn’t need her to provide a long argument on why she wanted what she wanted.

2) This book shows adults shutting down a young girl.

Shutting down is a pretty strong term, but it’s exactly what one reviewer claimed. Kids ask for things all the time and adults say yes or no. What Sophia is asking for is completely ridiculous. For our storytime we went over what is an acceptable household pet. The kids do not expect Sophia to get what she wants. This is what makes the ending fun. Our kids know that they aren’t going to be able to get a unicorn or anything else by crying and saying please. That’s not the point of the story. Kids understand that asking for something ridiculous is going to get an answer of “No” from adults. Sophia is praised in the book for her thought out arguments. Like Grand-mama says, “get to the point.” That’s a life lesson for adults too. I have team members giving long explanations why they want a day off or can’t pick up a shift. Get to the point, because sometime short and sweet will get you what you want.

I did have a kid get upset by the word “poop.” I appreciate any book that aims to normalize bowel movements. This was an opportunity for me to remind our kids that everyone poops and for our story we are talking about giraffe poop. We are not using “bathroom talk” to be naughty or silly

Our kids loved this book and the number of lessons learned are plenty.

This is an honest review from a book lover and educator. I do not make commission off of the sale of this book. Be sure to check your local bookstore or your local library for a copy. Libby is an amazing App that connects to many libraries throughout the U.S.A.

Any cookies that may not be particularly necessary for the website to function and is used specifically to collect user personal data via analytics, ads, other embedded contents are termed as non-necessary cookies. It is mandatory to procure user consent prior to running these cookies on your website.